Last time we visited Madison Burke, she worked her way up the Business career while also working on her LTW of Woohooing 20 different Sims. She used to live on her own in one of the apartments on Legacy Lane, but earlier on in the season, she adopted one of her parents’ cats. 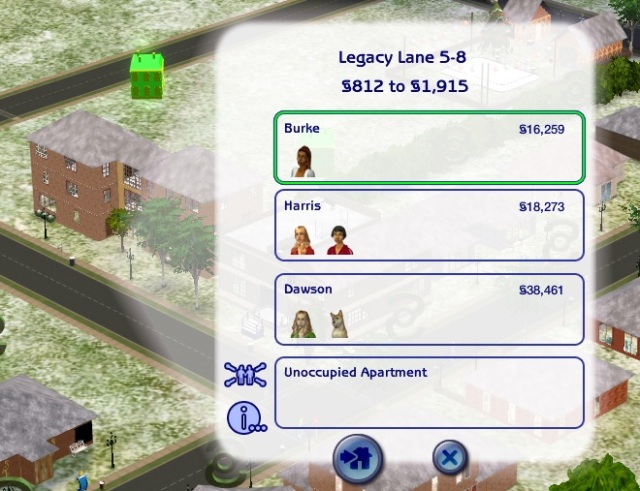 Earlier this rotation, Madison took one of her parents’ cats, Sirius, off their hands, since he kept fighting with the other cat. Maddie enjoyed having a pet quite a lot, but it did take some getting used to, like when Sirius tried to destroy her sofa.

The first thing to happen that season was Maddie’s computer breaking down. Luckily, she has maxed out her Mechanical skill, so she could easily fix the problem herself.

In the afternoon, she asked Jason Menon to come over.

They had a great time.

The next day, Ryan Wheeler came over and Maddie asked him on a date.

While Maddie was entertaining Ryan in the bedroom, Sirius decided to destroy the stove.

By the end of the date, Maddie was in love with her sixth Sim.

In the evening, she went over to Cocktails & Comedy for some fun. 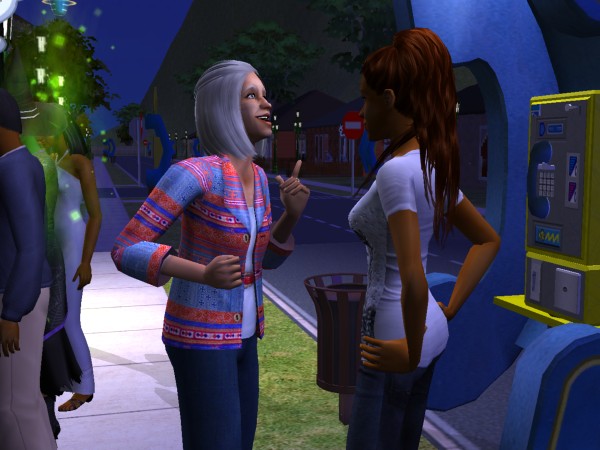 She bumped into her mother outside when she went to call a cab to take her home and they chatted until the taxi arrived.

Back home, she invited one of her male friends to come over for some late night fun.

The next day was just another work day.

She came back home with a promotion to Vice President, but didn’t have any time to celebrate. A wave of nausea washed over and she got to the toilet just in time.

She figured she probably just had a stomach bug, but that evening she was in for a big surprise… 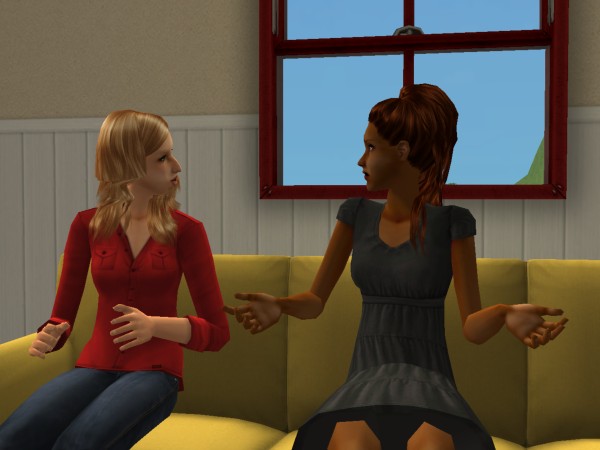 Maddie felt like she was in over her head and went to visit her best friend Zoe, who lived in the apartment opposite hers, early in the morning to vent her feelings and talk about the issue at hand.

Apart from the fact that she never planned to have a child, let alone right now, while living in a one bedroom apartment and just starting her career, there was also another teeny tiny problem: she didn’t know who the father was. Zoe told her she should just take it one day at a time. She was going to have a baby – that was not going to change. She would find a way to deal with it.

Maddie really didn’t like being pregnant. There was just so much napping and peeing involved.

She didn’t want any of the potential fathers to find out and start asking questions, so she spent a lot of time inside. She hadn’t even told her parents. 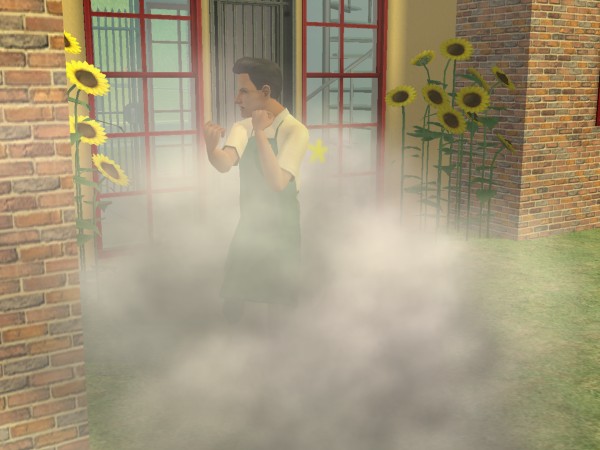 Maddie sure hoped Jason wasn’t the father of her baby because he sure was getting into a lot of fist fights lately. Anger management issues, much? 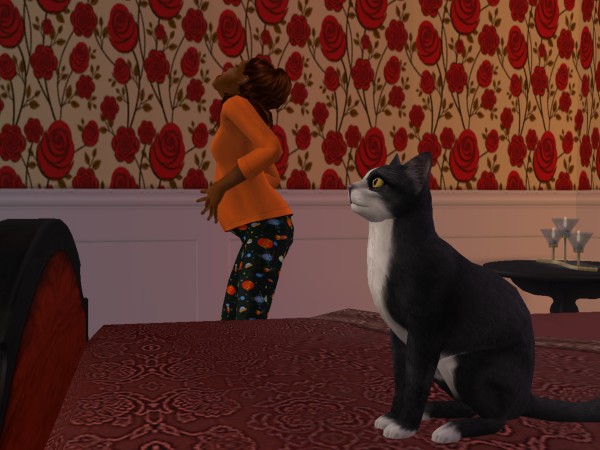 As spring turned into summer, Maddie gave birth under the watchful eye of Sirius.

And that’s it for Madison for this season! I hope you enjoyed the update – Happy Simming!