Wow, we’re at the start of Year 4 for Blueberry Island – that’s pretty exciting! Before we dive into the quite eventful spring rotation of the Robinsons, let’s take a look at what the Island currently looks like (besides a little cold due to the lingering frost of winter):

I love the look of the island and I’m excited about it filling up more and more as times goes on. I’m not sure yet if I want to create an actual Business District soon or not – there’s still plenty of room for business in the main neighbourhood, but it might be fun to have a special area with bigger stores and venues, and keep the small ones on the Main Street.

Oh, that’s also going to be the main focus of this season, by the way: gaining more Business Districts. At the moment, we’ve got 3, but there are a ton of businesses, and quite a few Sims who are close to reaching the top of the Business career. Exciting!

Anyway, let’s finally get to the main stuff of this update: the Robinson family update! Last time we visited the Robinsons (which is over 1.5 years ago, wow), Owen and Meadow’s son Isaac grew up to a child and Meadow gave birth to triplets: Emma, Patrick and Stephen. That was about it! 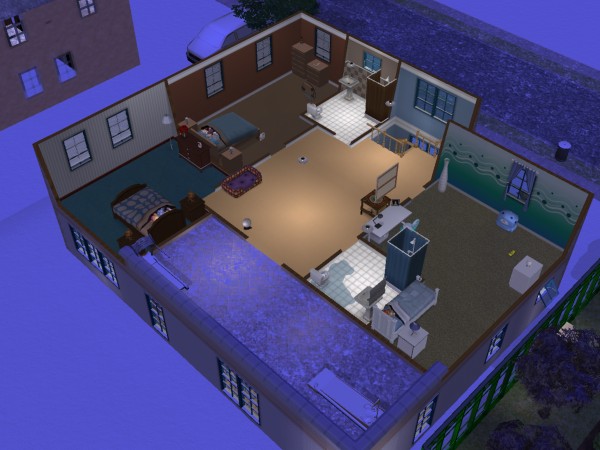 It’s been ages since I played this family! They’re still one of my favourites, although their house certainly isn’t. This layout of the upper floor with the giant rooms is so unpractical – especially with the triplets growing up soon.

So I redid the entire floor! I’m quite pleased with the result: there are now five bedrooms instead of three (two of which are not yet in use, but will be when the triplets grow up) and there are still two bathrooms. All I had to do was change some walls around.

I wasn’t very used to three toddlers in one household anymore, so the first few days were hard work! 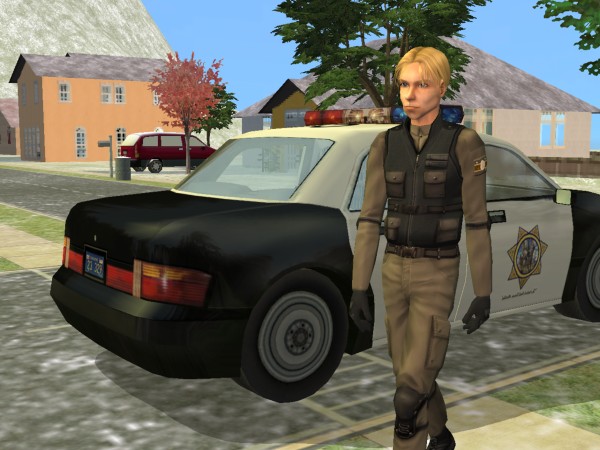 Owen got promoted to Police Chief! That’s level 9, so only one more level to go until he achieves his LTW of becoming a Captain Hero. He does have some skill points to gain first, though.

Benjamin is nearing the end of his life, which makes me sad… He’ll definitely go this season, I think, and it might even be today.

In between all the child care, Meadow managed to gain her bronze pottery badge.

One last look at the toddlers because it’s time for them to grow up! I didn’t feel like buying them all cakes, so they’re just going to grow up themselves and Julia will bake a cake for them all to eat for dinner. 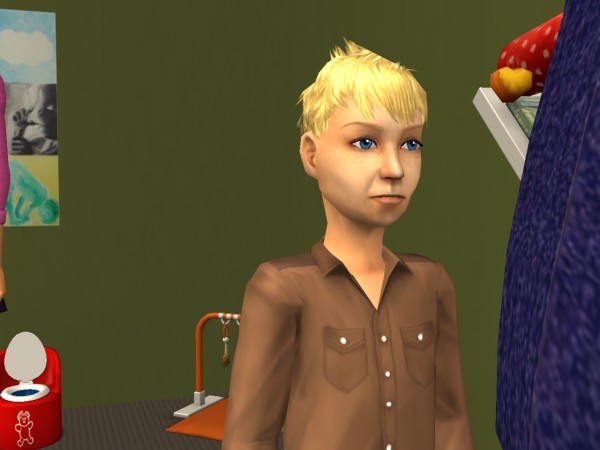 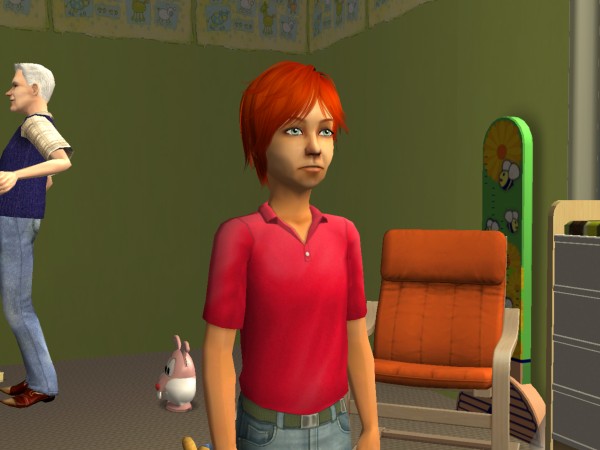 Here are the triplets! They all have different genetics from one another. Emma looks nearly identical to her older brother Isaac – but he has freckles and she doesn’t. Stephen is the only one with blonde hair (out of all of Julia’s grandkids, not just Owen’s kids!), but he does have the same blue eye colour as Emma and Isaac. Patrick has Meadow’s darker skin and is the only one who inherited Ben’s light blue eye colour. 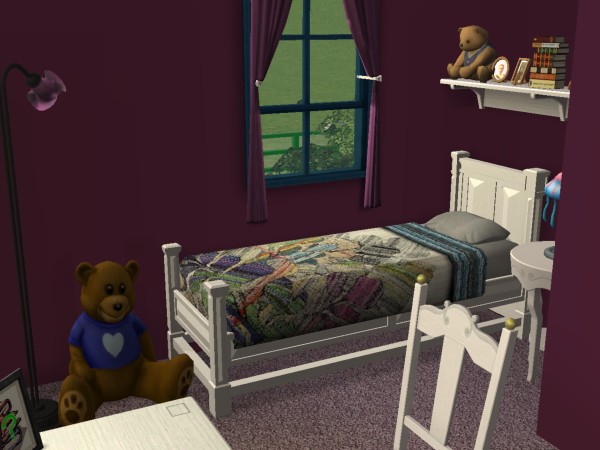 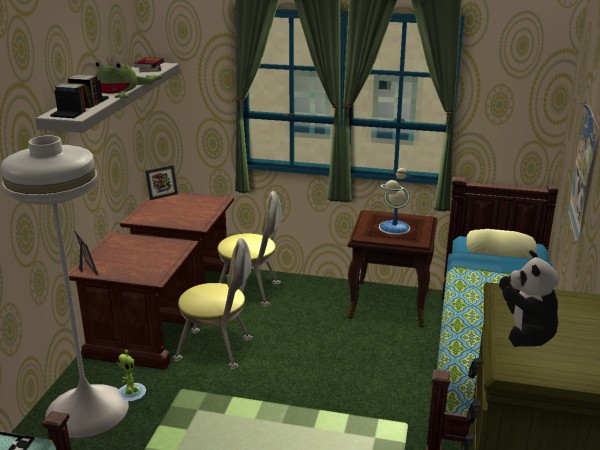 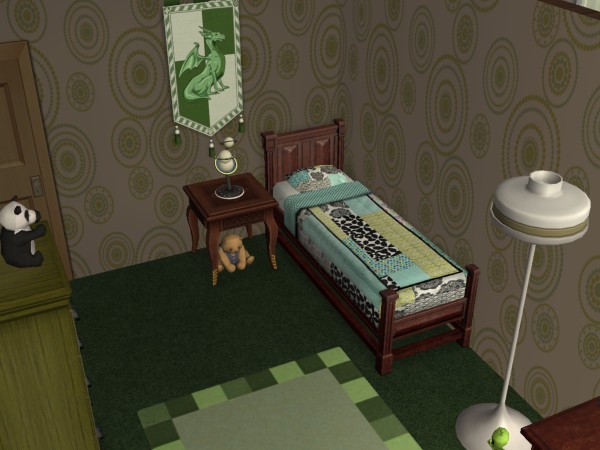 And these are their rooms! I had a lot of fun decorating them.

The party was cut short, however… Just as Julia had finished the cake, Grim came to pick up Ben. 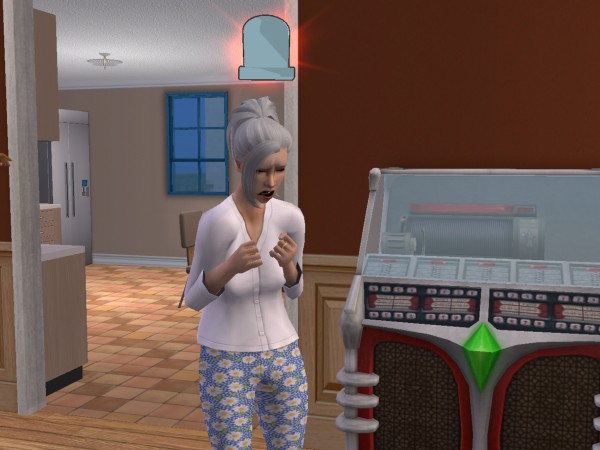 Everyone was devastated, but Julia mostly so. She’d started this family – this entire community – with Ben, and now he was gone… 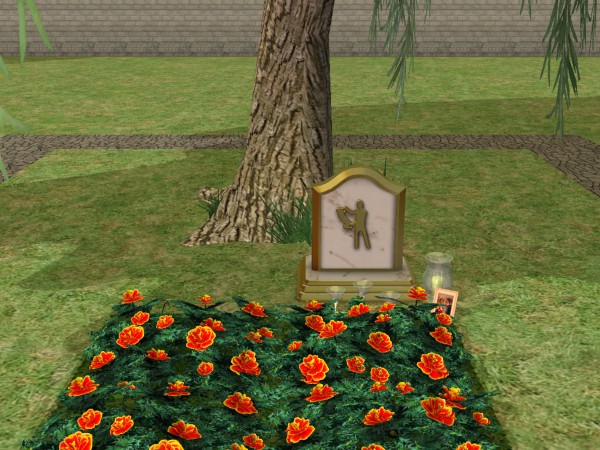 Goodbye Ben – you were a great BaCC founder’s spouse! Thanks for all the fun, and the first Business District. 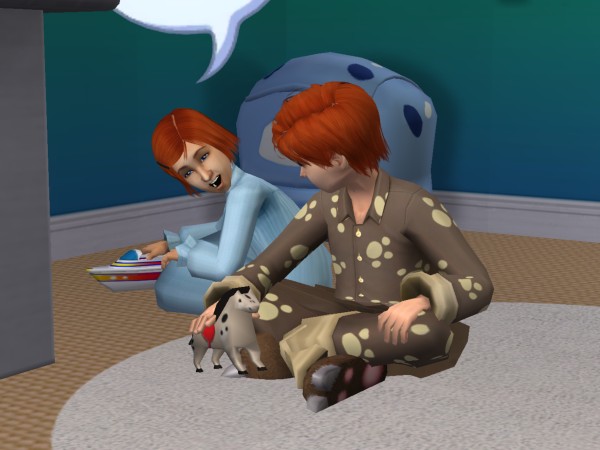 Isaac and Emma both woke up in the middle of the night because they were sad, so they played together in Isaac’s room.

Julia also had trouble sleeping, so she checked on the boys. 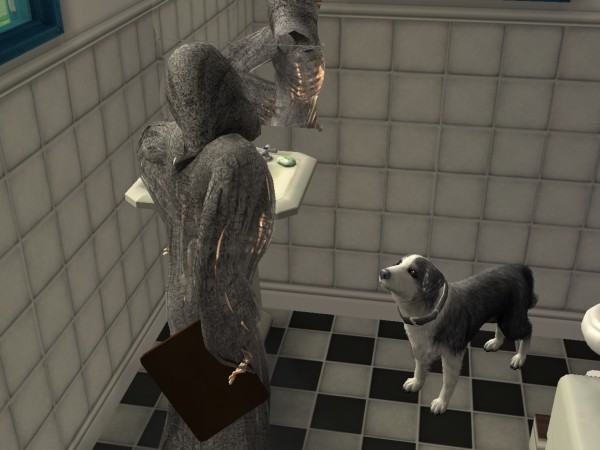 The next day, Lemon suddenly passed away! Which is such a coincidence because… 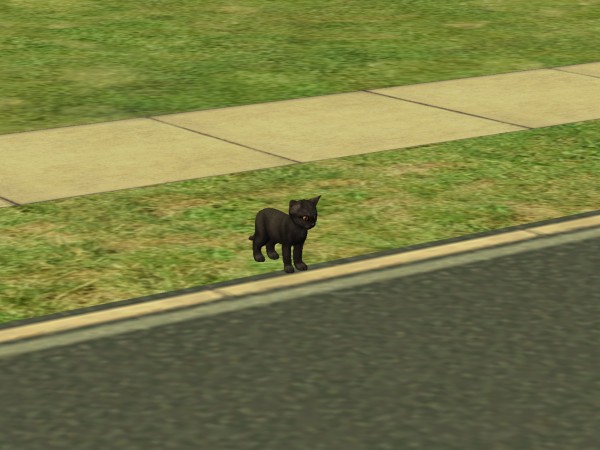 …this little kitten was in the middle of being adopted at that very same moment! Everyone except for Julia had rolled the want to adopt a kitten or a puppy, so who am I to say no then? This is the last one of the Burke kittens, and his name is Gizmo.

But first; bye bye Lemon, you were an amazing dog!

It’s a weird couple of days for the Robinsons… 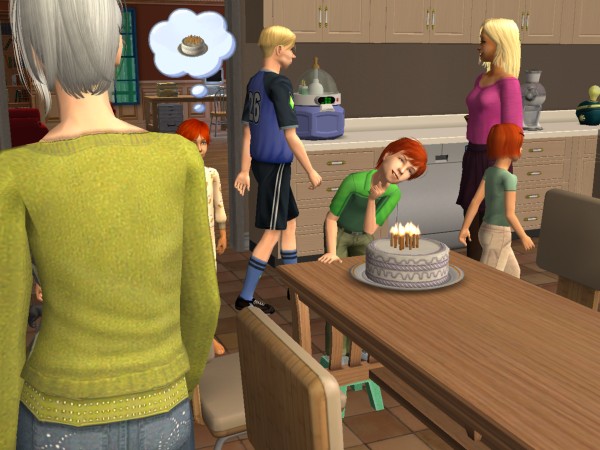 That evening, it was Isaac’s birthday.

Here he is! He looks a lot like his father and his grandfather, I must say. He’s a Knowledge/Grilled Cheese Sim and his LTW is to Become a City Planner. Another one of those! Perhaps it’s time I start to make use of the list of alternative LTWs people over on Boolprop have come up with because this is getting a little repetitive. Isaac is also gay, which is fun!

And as if all that had happened wasn’t enough already, a burglar came by for a ‘visit’ that night.

Everyone but Owen was woken up by the alarm and the fight. Luckily, the policewoman won and the burglar didn’t get away.

The next day was a Monday, so there was finally some peace and quiet in the house again as all the kids went off to school. 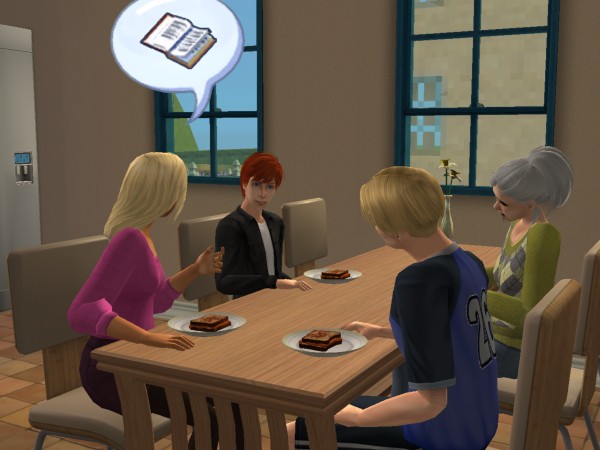 When Isaac got home from school, the adults and him had lunch together and the adults made him tell everything about his first day of high school.

Yep, as she was helping Emma with her homework, Julia passed away. L  And I just realised we don’t even have a painting of her (or Ben) around the house. That’s sad.

Here lies the founder of Blueberry Island. The end of an era! She did so well, though, and I had so much fun playing her. Thanks for everything, Julia! 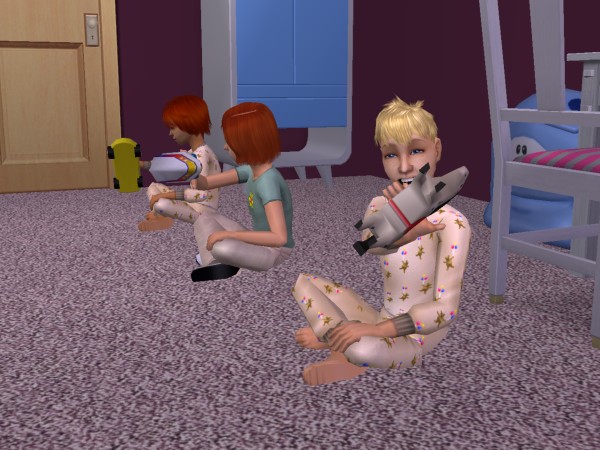 The triplets tried to cheer themselves up by playing in Emma’s room together. The boys’ homework wasn’t done, but they had other things on their minds right now. After playing for a while, they went to bed as they were completely exhausted.

Isaac woke up in the middle of the night and since his needs were all in the green, he quietly finished his little brothers’ homework for them, so they wouldn’t get in trouble at school the next day.

That day was Meadow’s first day completely alone in the house (apart from little Gizmo) and it felt really weird. 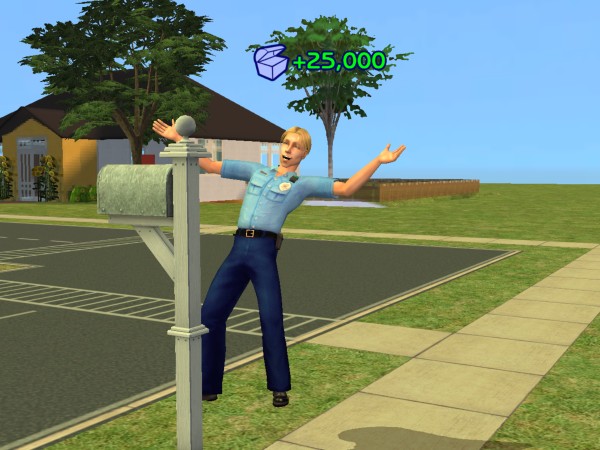 He was still one Cleaning point short, but due to a chance card Owen was promoted to Captain Hero!

Isaac brought Carrie Harris home from school and they had a good time hanging out and became friends.

Stephen brought his cousin Kate (Adam’s daughter) home from school and they played together in the family’s newly built garden.

Patrick and Emma also came out to the garden and they all had a lot of fun playing together.

And that was it for the Robinson family this season! Quite a lot of big things happened… Let’s see what the rest of the season brings for everyone on Blueberry Island! I hope you enjoyed the update – Happy Simming!