So, it’s been about a million years since I posted an update for this challenge, even though in my game I’m already at generation 11… Oops?

Last time, the generation 4 heir, Rachel, achieved all her objectives – which mainly pertained to writing and painting. She married her high school sweetheart Terril, and they had two children together: Finn and Lola. Lola will be fulfilling the generation 5 objectives, so let’s see how she does!

I’ve decided to ditch the more story-like writing style for this challenge, because… well, I’m not feeling like it anymore. Just want to get these updates out there! 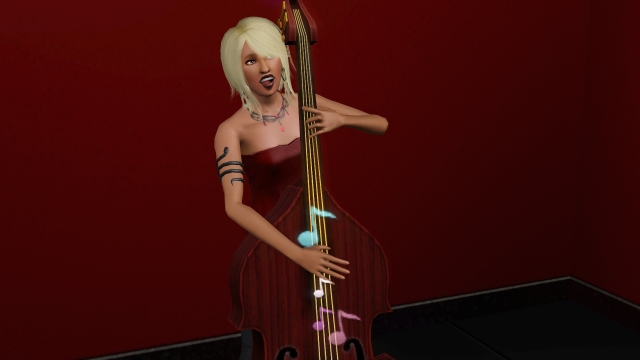 Lola was loving life. She’d always loved music, and was determined to master all the instruments she could get her hands on and start her own succesful band. 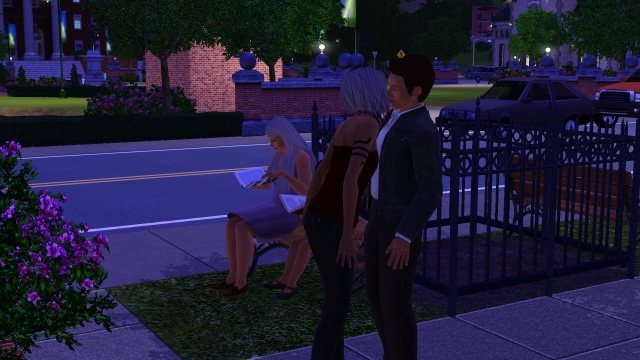 She met the love of her life after one of her gigs at the theatre. His name was Jack, and they fell madly in love with each other in no time.

Before long, Lola fell pregnant. Although she hadn’t exactly planned it yet, she was over the moon.

Lola proposed to Jack shortly before the arrival of the baby. They decided to wait until after the baby was born to get married, because Lola wanted to be able to fit into a nice dress.

Being the badass that she is, Lola drove herself to the hospital on her motor bike after she went into labour. 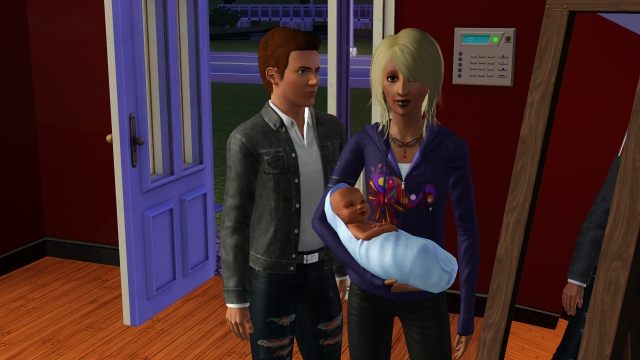 She also still spent a great deal of her time practicing music.

Lola and Jack got married at twilight with all of their family present. It was a wonderfully chaotic ceremony.

Rachel, Lola’s mother, loved being a grandmother and was delighted to help her grandson grow up.

Little Jimmy was an adorable toddler.

Lola became pregnant again, although this time they did plan it. A little brother or sister for Jimmy would be nice.

Jimmy was a mischievous little rascal.

Rachel was very unlucky for a Sim without the Unlucky trait… Her husband Terrill wasn’t of much use either.

Lola gave birth to a baby girl! Her name is Hazel.

Shortly after, Terrill passed away… 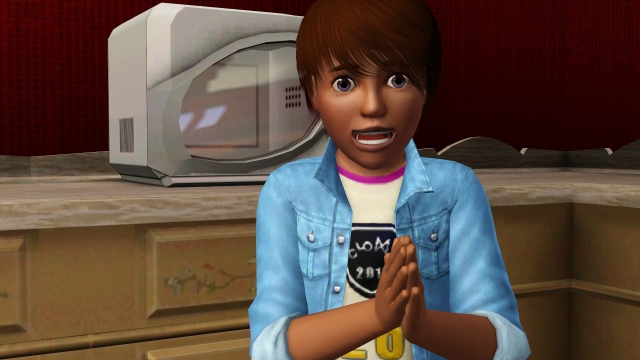 But life goes on, and Jimmy grew up to a child.

That didn’t stop her from playing gigs, though. She still loved her job. 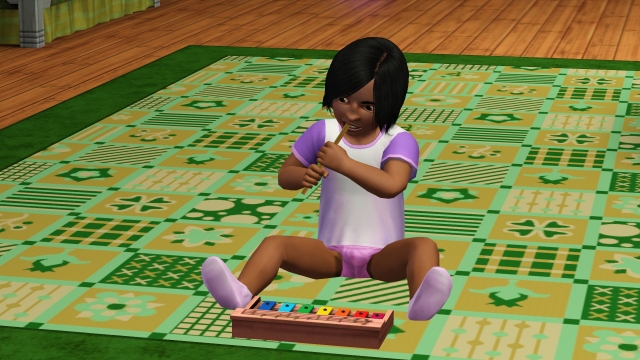 Lola took Hazel out to the festival, but looked very shocked at it all.

Hazel as a child! She looks so much like her grandmother! They also have the same favourite colour, so they both wear lilac clothes as well.

Everyone was devastated. She’d been a fantastic heir, mother and grandmother.

Jack managed to cheer up his children a little bit, though.

Hazel loved baking muffins and selling them in the front yard. 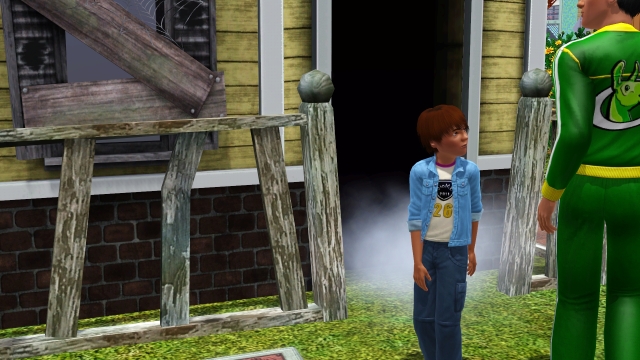 I think I got the Season expansion pack at this point, and let the family have some fun with it.

Side note: as soon as I’m done with this challenge (lol) I’m deinstalling Season. There’s some fun features, but maaan does it make the game slow! Plus, I hate those festivals and the extra days off they have to take…

Jimmy grew up to a teenager, and apparently this is the best picture I have of him.

No, this one’s much better… 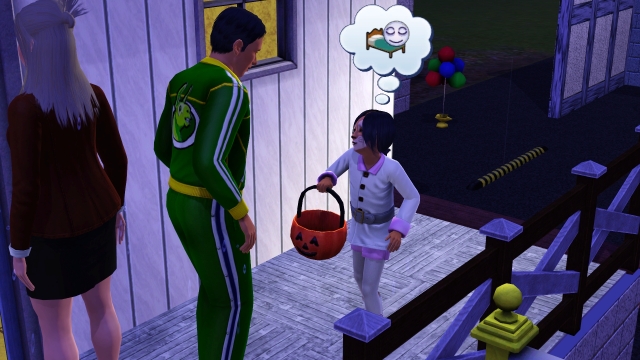 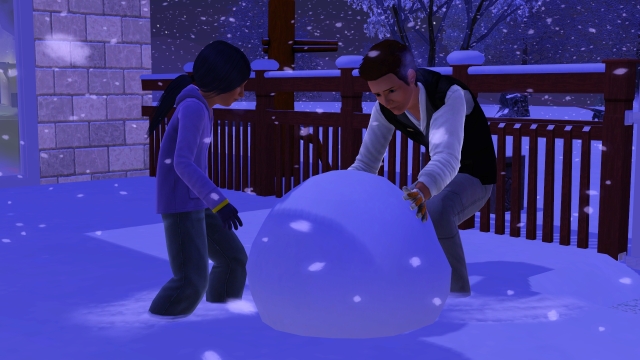 Hazel loved winter and all the fun activities coming with it.

She grew up to a very pretty teenager! 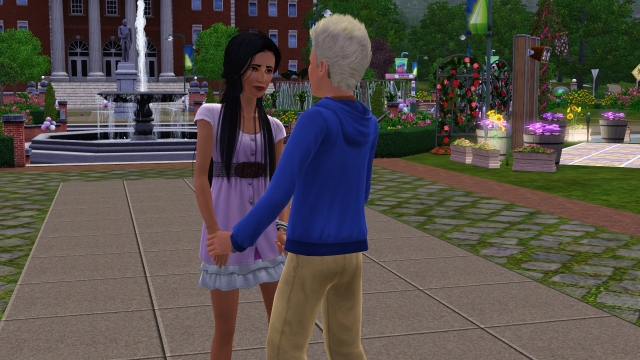 She met Omar Culpepper, and they fell in love with each other.

They did all kinds of fun things together, and had a great time.

Jimmy grew up to a young adult and moved out. 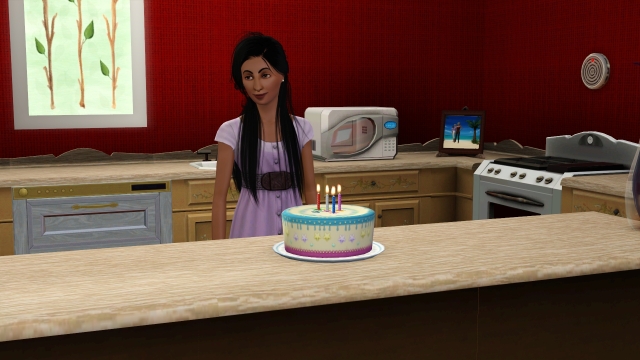 And then it was time for Hazel to grow up as well! She’ll take over from Lola as heir.

Weirdly, I don’t have another picture of Lola, so here’s the one of her at the summer festival again. She did great in achieving her objectives!