Last time we visited the Harris family they were still living in their small starter house, but at the end of the round they moved to a bigger house. Thalia was born, and grew up to a toddler and then a child, and Zoe grew up to a teenager. Stella became pregnant again, much to her and James’ delight. James made a lot of money at his electronics store, which was what gave the family enough cash to move to the new house. And that was more or less it!

From left to right, Zoe, James with Thalia standing in front of him, Stella.

Last time, the family moved into a new home, so this time, Zoe, Thalia and James quickly had to go to school and work. 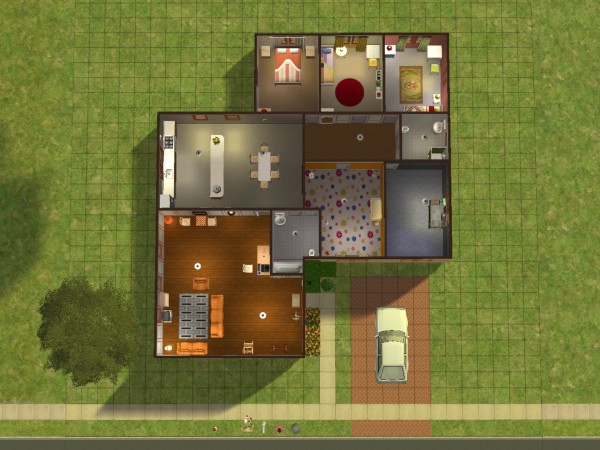 This is the house! The family now has a big living room and kitchen, and enough room for a whole bunch of kids.

Stella paid the taxes, worth $3,800. That was wuite a bit of money for them, since they just spent most of their cash on a house.

Stella then went to test out the new (big!) kitchen by making a whole bunch of cereal.

Some of the neighbours came to check out the new house. That’s Henry Dawson and his daughter Nicole (who we’ll see later), and of course Meadow Thayer.

They all had a great time chatting on the sidewalk.

They played some kicky bag and Meadow and Henry soon joined in the fun. 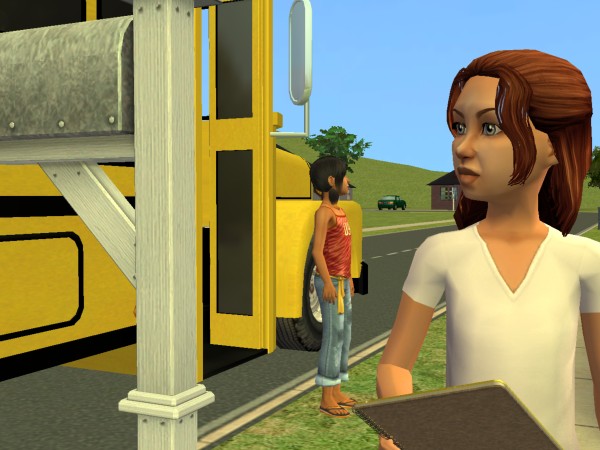 They hang out for a while.

Stella had had a lovely long chat with Nicole, but it had exhausted her, so she took a nap.

James took Zoe to James’ Electronics to work for a while. She was the cashier…

…while James was on sales duty. Together they got the store to level 5, and earned themselves the $50,000 cash award.

Back Home, James worked on his Body skill in the dark.

In the meantime Zoe helped Thalia with her homework.

James also worked on his Robotics skill some more. That’s going to happen a lot this season. I want him to be able to make Servos soon. So he can give one to Eric Robinson, among other things (Eric could use some help with his 5 top level businesses LTW).

Zoe practiced her Charisma skill because she wants to top Entertainment when she grows up.

The Harris family is one of the few families who has a television, and Stella enjoyed the luxury a lot.

Thalia did some skilling before school the next day.

She also became best friends with Amin Burke, which is nice for his LTW.

James got promoted to Flight Officer! 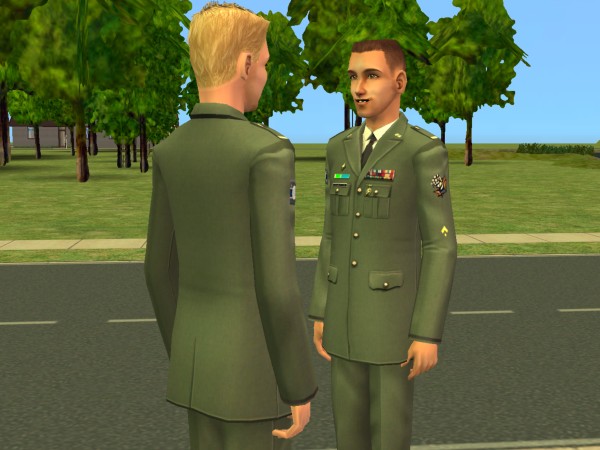 He also brought home Matthew Picaso, who networked him into another promotion (once he goes into work again). 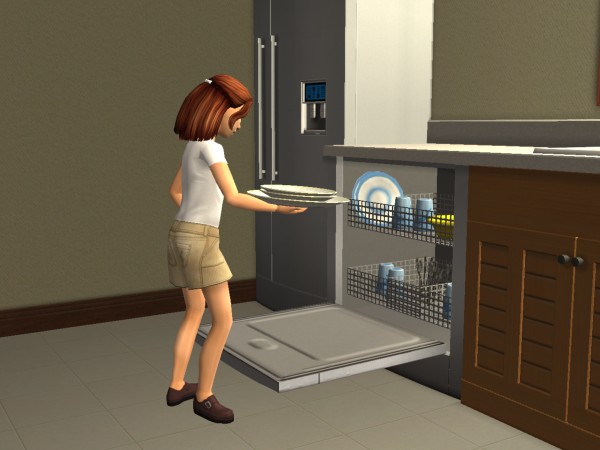 Thalia was being adorable: cleaning up after her pregnant, tired mama first thing after coming home from school.

Since her mother was sleeping and her father was building robots, Zoe made dinner for the family.

The girls’ parents were very thankful for such sweet daughters.

Zoe broke the computer before going to school the next day…

Stella keeps rolling wants to watch a movie, so that’s what she did that morning.

And then, while the movie was still playing, she went into labour!

More than one baby girl, in fact…!

This little cutie is Ella (I only realised after giving her that name that her mother is named Stella and that those two together sound kind of stupid. I was in a bit of a hurry when playing the birth, and I use http://www.babynamegenie.com for the names…) 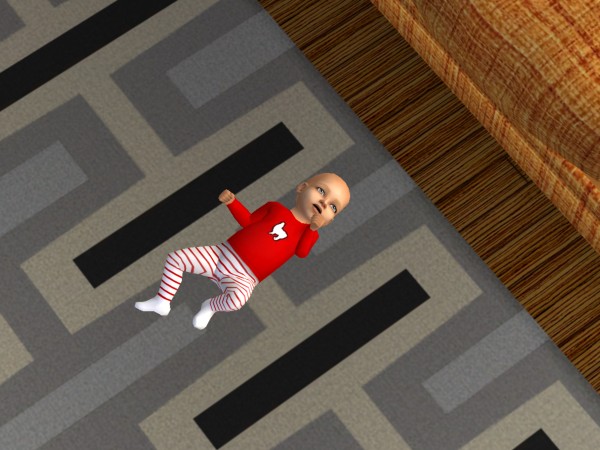 Anyway, this is Carrie! She has blond hair and grey eyes just like her twin sister, but her skin colour is one shade darker.

What’s with all the girls in this hood, though? There haven’t been any boys for quite some time now.

After Zoe came home she did take a little nap, though.

Thalia became best friends with Amber Burke at school because she wanted to bring her home (and I said no because two new babies is enough chaos for now).

James got to meet his new baby daughters by changing their diapers. 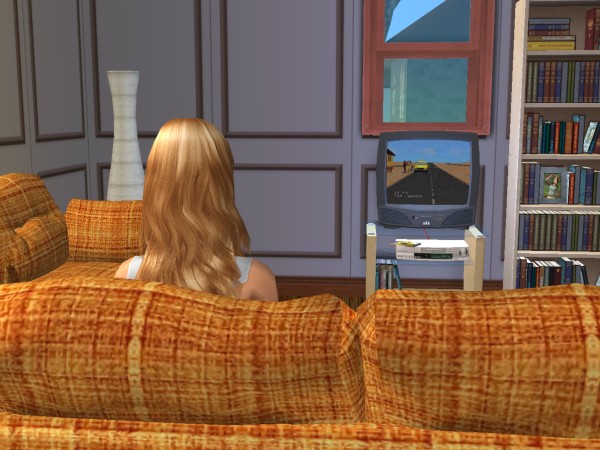 While watching the music TV station, Zoe found out her predestined hobby is Music and Dance.

Thalia really loves playing chess. When left on free will, she keeps going to play it. 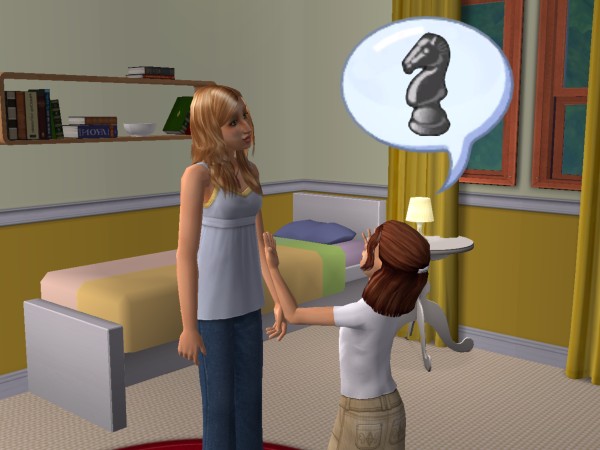 Zoe and Thalia hardly have a relationship so I let them bond for a while before school the next morning. 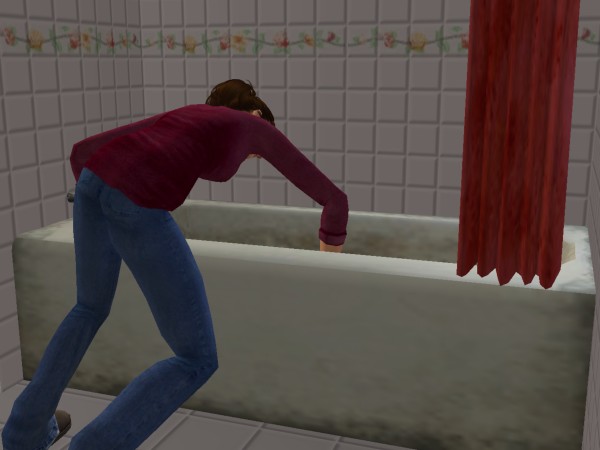 With a larger house, Stella also had a lot more cleaning to do.

She also chatted with Nicole some more over the phone, and they became friends! 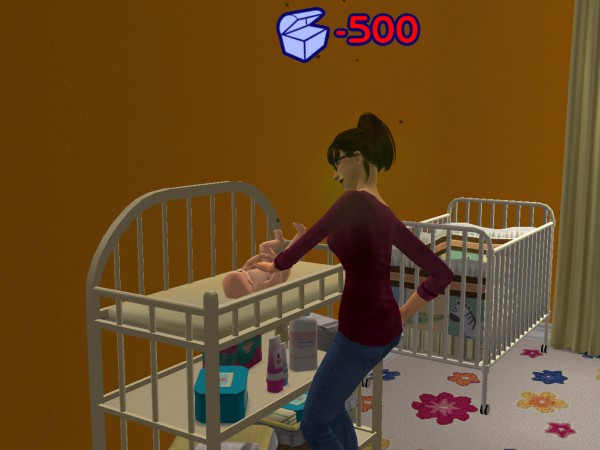 But soon she had to get back to caring for the babies. She keeps rolling fears of changing diapers, which annoys me because she’s a family Sim and wanted all those babies in the first place. Also, those flies are disgusting.

Zoe keeps coming home with an almost full fun bar, which is great! She can get her homework out of the way straightaway.

James spent some time with his eldest daughter after work. He still couldn’t believe he now had four of them. 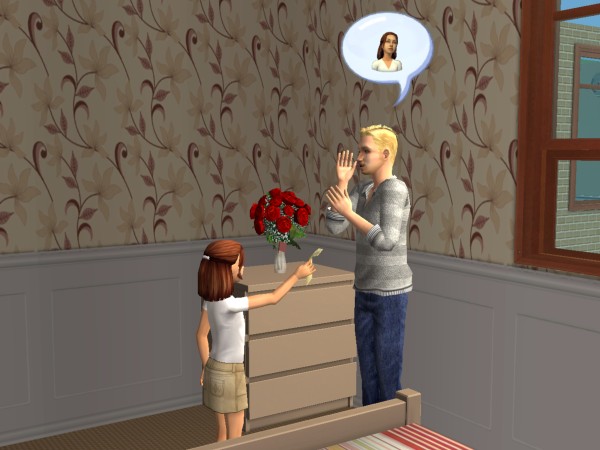 Thalia got an A+ at school.

Stella’s predestined hobby is Arts & Crafts, so I thought it would be fun to let her take up sewing as a hobby.

And that evening it was already time for them to grow up! Stella is holding Ella (ugh, those names) and James is holding Carrie.

And this is Carrie. They’re both cute! 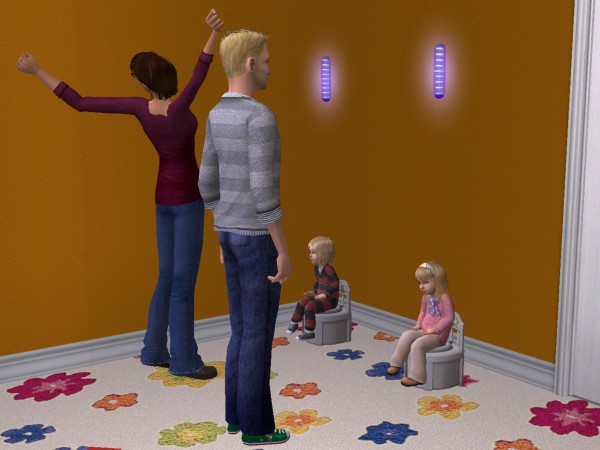 And these are the girls more close up. Left is Ella, right is Carrie. Carrie has the more fortunate genes, I believe. Also, their personalities are very different, which should be fun! Carrie’s personality is 10/8/8/7/1 and Ella’s is 1/8/10/6/5.

The twins were up early the next morning and played quietly in their room.

As soon as their parents woke up, however, it was time for some Smart Milk!

Both girls were potty trained that very morning!

Stella simultaneously had the want and the fear of having another baby. I think she’s a bit overwhelmed by having twin toddlers.

I also found out Zoe didn’t have a gender preference yet, so I randomised her and she’s bi, which I think is fun :-)

Thalia had dinner with her mother. She hasn’t gotten a lot of attention lately.

She also spent some more time with her big sister that evening. 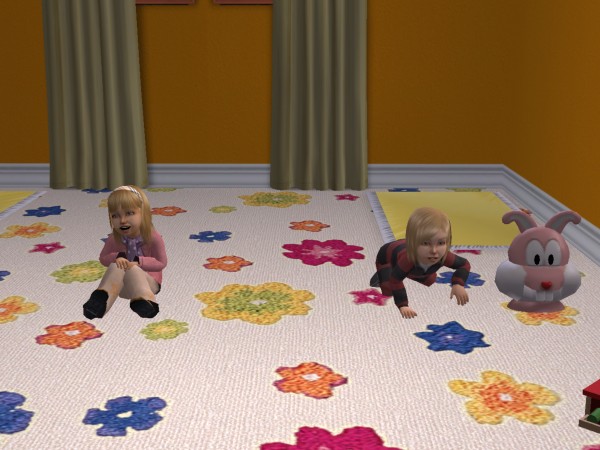 The twins’ relationship is in the negative! Perhaps I should buy them an activity table.

Yes, much better! And with that bit of cuteness we end the season! Thanks for reading and Happy Simming!